05-23-2017
Mary Kay Ash opened the doors to her beauty company on Friday, Sept. 13, 1963.  Why a Friday?  Why on the 13th?  As Mary Kay would say, that’s the day the lease started!  And the number 13 became her lucky number.  So, with 13 floors and 13 passenger elevators, she knew the building along the Dallas North Tollway in Addison, Texas was meant to become home to Mary Kay employees.  In early December 1995, The Mary Kay Building became the company’s global headquarters and has since become a North Texas landmark full of little known facts. 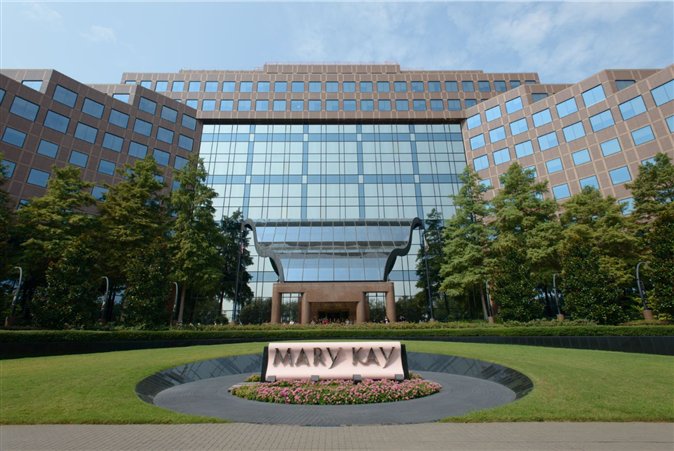 Originally built by a savings and loan corporation in the mid-80’s, the interior of the building was designed and finished by Mary Kay Inc.  However, a large walk-in vault remains on the first floor lobby level and was left in place due to the high cost to remove it.  The street running to the building was formerly Liberty Drive but it was re-named - what else?  Mary Kay Way!

With 13 being Mary Kay’s lucky number, it’s no surprise that her office and the executive offices are located on that floor of the building.  Her office has remained beautifully maintained since her death in 2001.  Also on the 13th floor is the executive boardroom where a scene from the movie Dallas: JR Returns was filmed.  Other celebrity sightings at The Mary Kay Building include popular late-night talk show host, Conan O'Brien, who filmed a segment for this show, Conan, in April 2014. Today, the beauty brand’s global headquarters serves as home to more than 1,200 employees and features a full-service restaurant, fitness center, an on-site health clinic and the Mary Kay Museum which pays tribute to the life of one of America’s most famous entrepreneurs, Mary Kay Ash.  Spanning nearly 600,000 square feet on a 34 acre campus, the building is a fixture along the Dallas North Tollway with more than 10,000 windows, four acres of glass and more than 1,300 tons of granite. 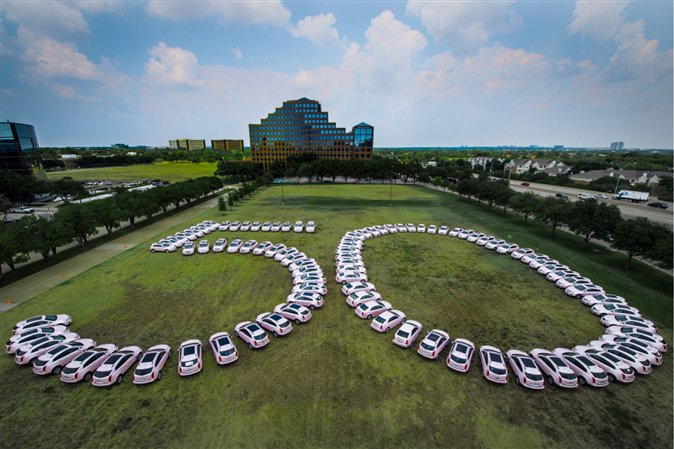 For more than 20 years now, The Mary Kay Building has welcomed thousands of independent sales force members from all corners of the world who have embraced Mary Kay’s vision and passed it on from generation to generation.  It’s the only building in the country with V.I.P. parking for Mary Kay’s iconic pink Cadillacs!  With a rich history, The Mary Kay Building continues to serve as an inspiration to people driving by and for those who walk in our doors!